Strong is the New Pretty: The Lucky Life of Kate T. Parker

Kate T. Parker didn’t set out to become famous. Her goal was simply to tell stories. In the end, she did both – and now her life will never be the same.

Strong is the New Pretty: The Lucky Life of Kate T. Parker

What strikes me first about Kate T. Parker is how totally normal she is. Golden blonde and brightly smiling, she perches comfortably on the edge of a low sofa. Her yoga-pants-and-sweatshirt combo mirrors my own quarantine-wear, but Kate’s ensemble is decidedly more put-together, like she was born to wear athleisure and discuss art. I like her immediately.

Behind Kate hangs a collection of black and white prints. One stands out from the rest. It’s a photograph of an adolescent girl, all freckles and moxie, a delicate tiara secured atop her head. The portrait seems to lean toward me from the studio wall; it demands my attention. 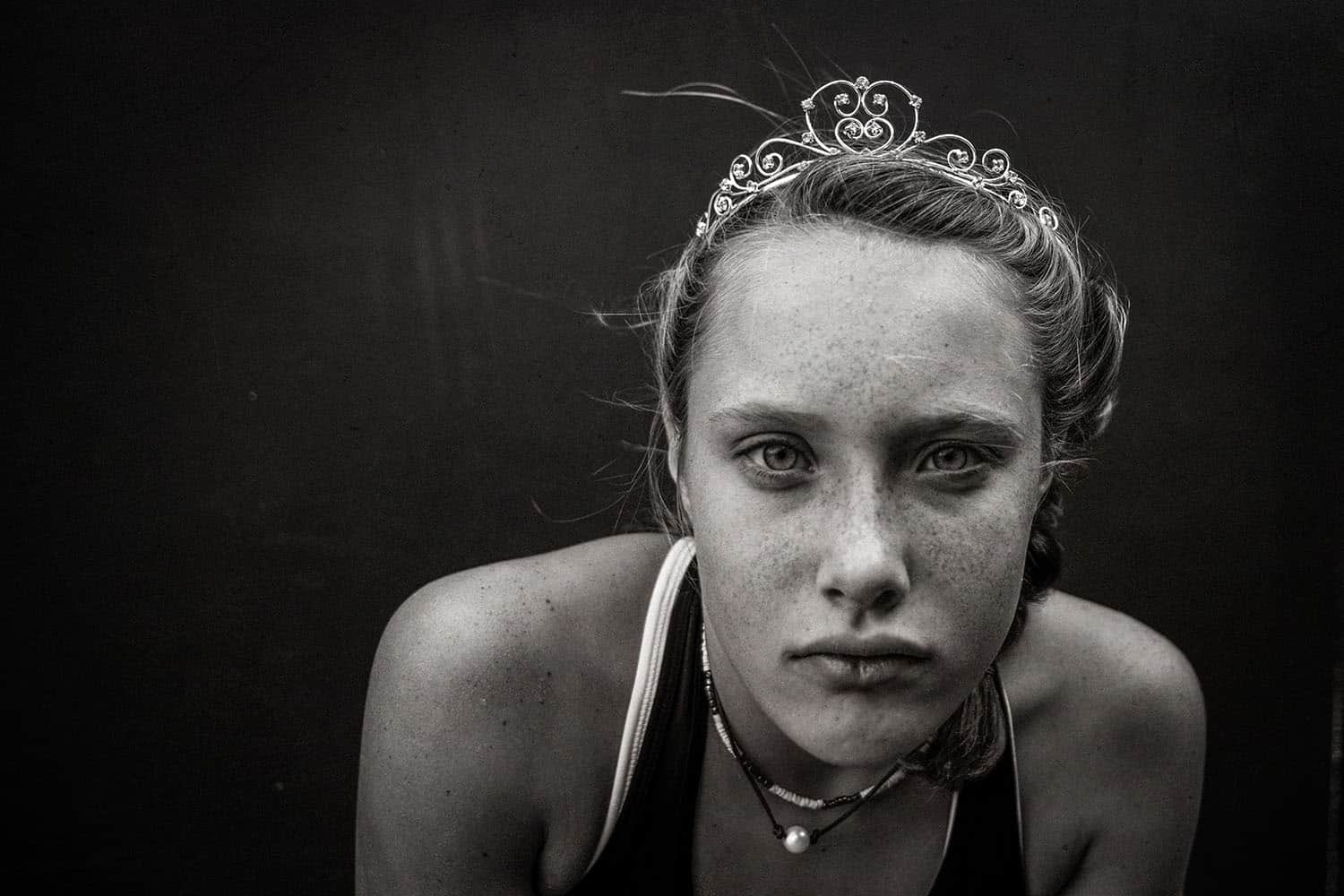 That is Kate’s gift: an effortless eye for the demanding moment, for what matters. You’ve probably seen Kate’s photographs: on Instagram, on boxes of Girl Scout Cookies, in ads for Disney and REI and Lululemon… These images that began as a personal catalog of everyday moments have since launched her into a thriving photography career marked by best-selling books and an enviable client list.

The best part of it all? Kate never saw it coming.

The Personal Project that Became a Huge Success Story

Kate started shooting in 2006, when she had her first daughter. “I would shoot every single day,” she tells me. “My 365 project turned into, like, a 730 project, and then just on and on and on.” Her daughters were a lot like their energetic mom: they couldn’t be bothered to smile for the camera, were uninterested in cutesy outfits, and loved to run and play outside. 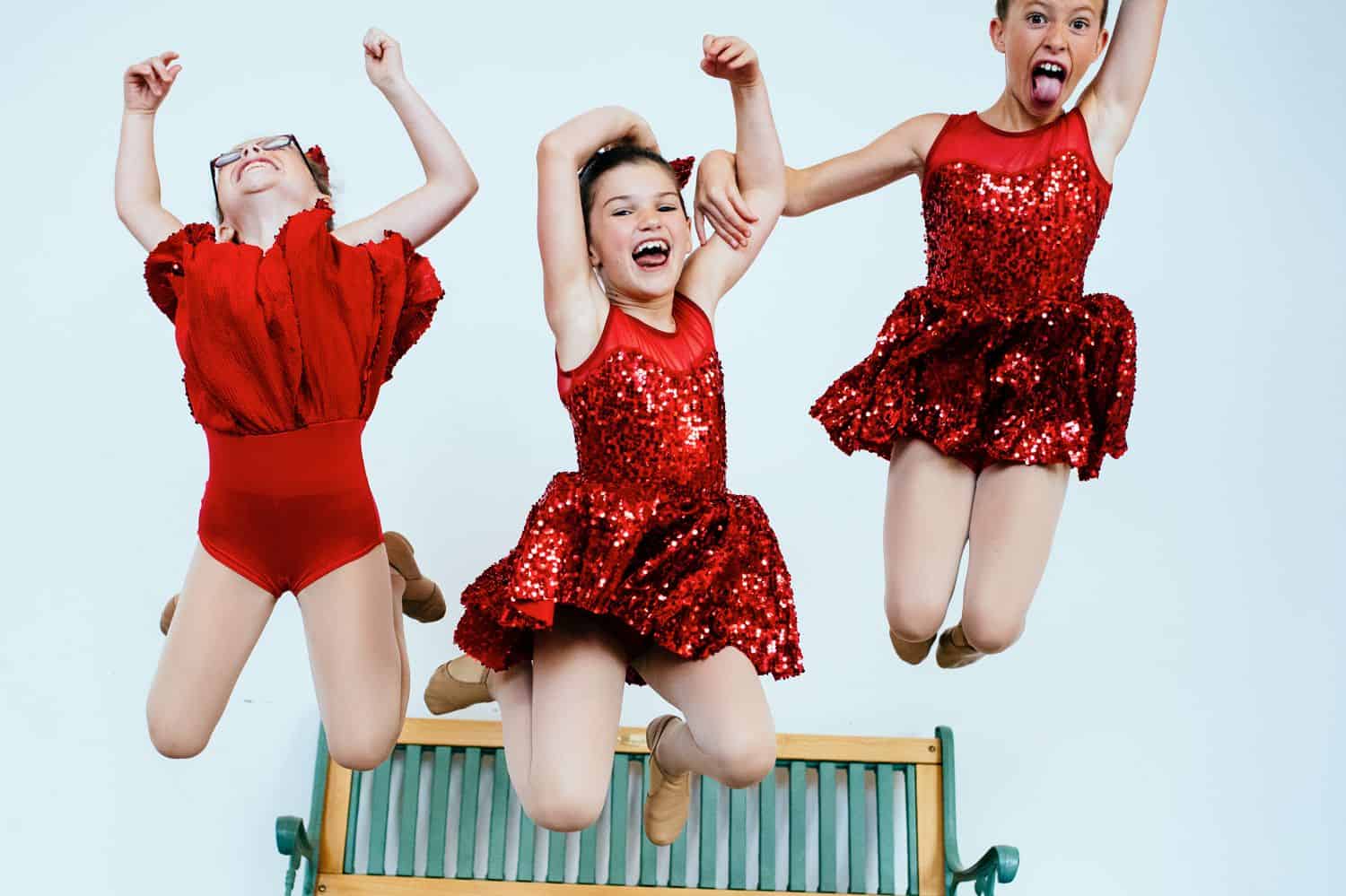 Girl-moms will tell you: high-spirited, mud-covered girls are healthy, happy, normal girls. But when Kate scrolled through social media, watched TV, and opened magazines, the girls she saw were all heavily Photoshopped and furiously filtered into textureless remnants of their soulful selves. They were nothing at all like her own rambunctious little women.

“I didn’t want my daughters to feel like they had to change who they were to be beautiful,” says Kate.

At first, she thought she would simply educate her daughters about what was real versus what was retouched. Then her creative’s instinct took over: “You know what? I can photograph girls for what they’re really interested in. I’ll make it more about who they are as opposed to what they look like.”

She called her passion project Strong is the New Pretty. And that’s where Kate’s story really takes off. 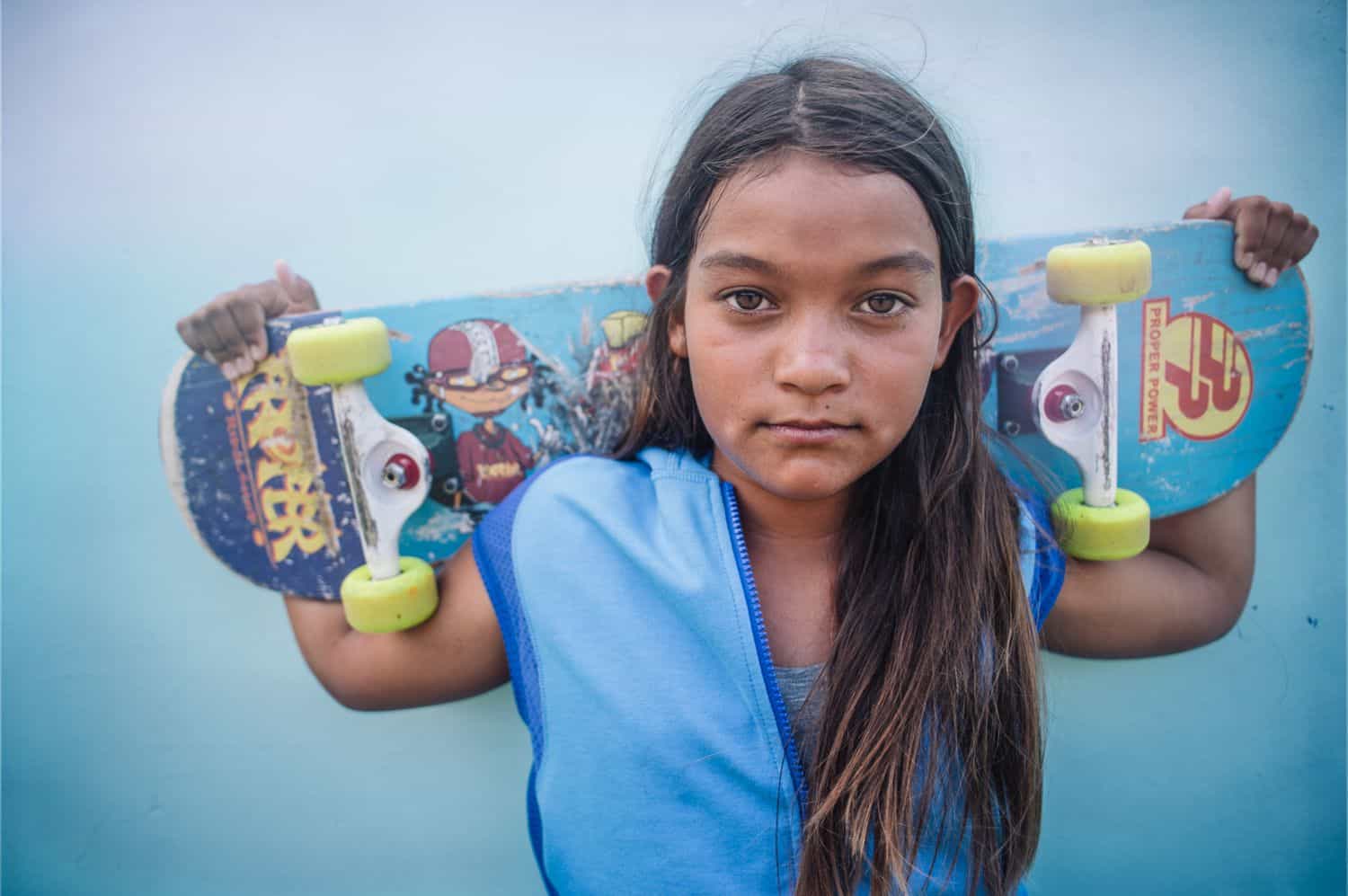 But First: The Gallery Show that Totally Flopped

Nearly a decade flew by, and Kate’s collection of girl-photos blossomed with each passing year. In 2015, she selected 20 of her favorite images, “images where the girls were strong and confident and fearless and angry and emotional and loud.” She carefully framed and hung each piece, one by one, on the walls of an esteemed Atlanta art gallery who’d invited her to exhibit. It was her first gallery show, and the images were as powerful as the girls she had photographed.

But the show was a flop. Nothing sold. “Not one single image,” emphasizes Kate. “I took all 20 prints back to my house and I was like, ‘I’m a failure.’ For a week I felt like that. And then I got mad.”

She leans toward me, hands clenched. “I had done so much work, and I really thought that there was this larger message. Maybe the images were too specific to be in somebody’s house, but I still believed that there was something valuable there. That no wasn’t a reflection on the work. So I was just like, ‘This isn’t a final no.‘” 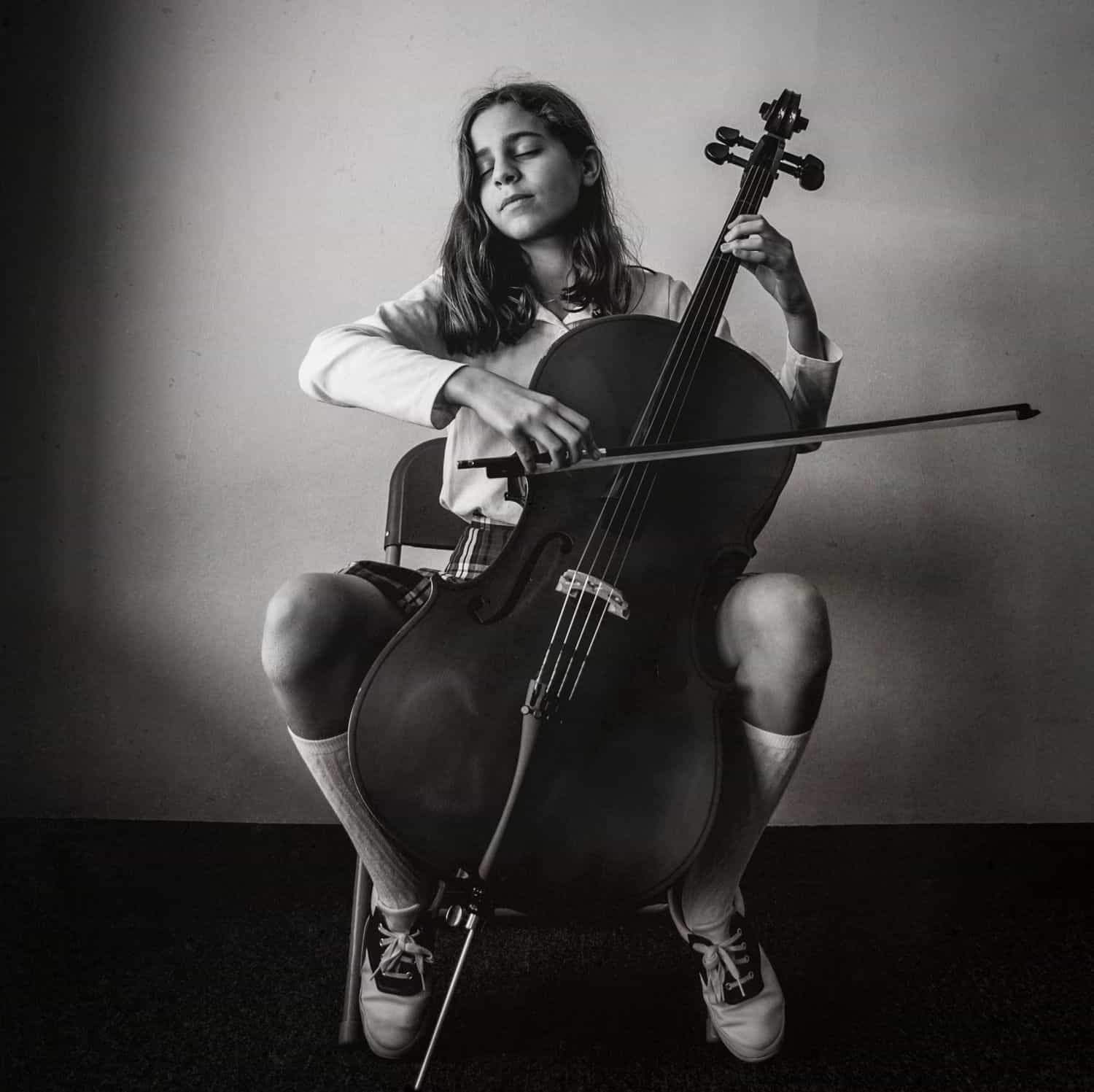 The Right Audience Makes All the Difference

One of the best parts of being an adult is not having to follow those “no means no” Kid Rules anymore. And so, when Kate heard no from the art gallery, she set out to find someone who would say YES.

“I sent my project to a few blogs that I followed,” Kate says casually. “It was just an email that described my series and included a few images and a Dropbox link.”

First, My Modern Met shared Kate’s project. Then CNN published it. And Huffington Post, and BuzzFeed, and The Today Show.

“It was super overwhelming,” Kate admits. “I hadn’t really been thinking that everyone in the world would see my work!” But the whole world did see, and we fell in love with Kate’s visual stories of girls living life, running amok, loving and laughing and exploring and becoming. 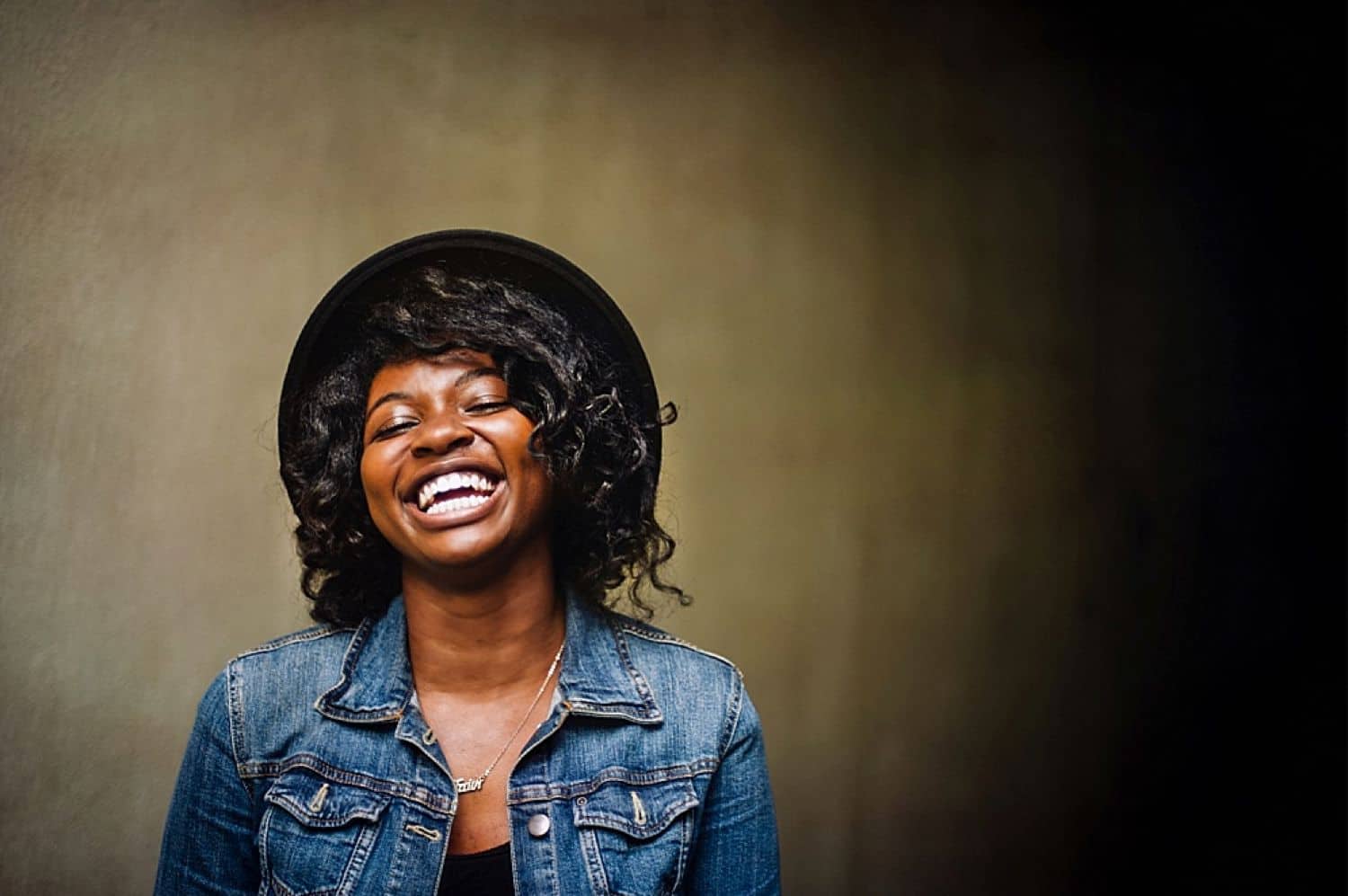 How “Strong is the New Pretty” Became an Actual Book

Soon, publishers and literary agents were contacting Kate with offers to turn Strong is the New Pretty into an art book. Kate selected one such literary agent to be her literary agent, and it was he who guided her through the publication process.

“Don’t go with the first publisher who wants you,” he explained. “You create the book that you want to create, and we’ll find the publisher who can make it.”

Kate had made tens of thousands of photographs by this time, but if Strong is the New Pretty was to match her vision, she would need more. “I had maybe 30% of the book done, with photos of my daughters and their friends,” she explains. “For the remaining 70%, I wanted to expand on what strength looks like, to diversify geographically and economically and just – as much diversity as I could possibly get in the book, because I wanted everybody reading that book to see somebody who inspired them, someone they could relate to.” 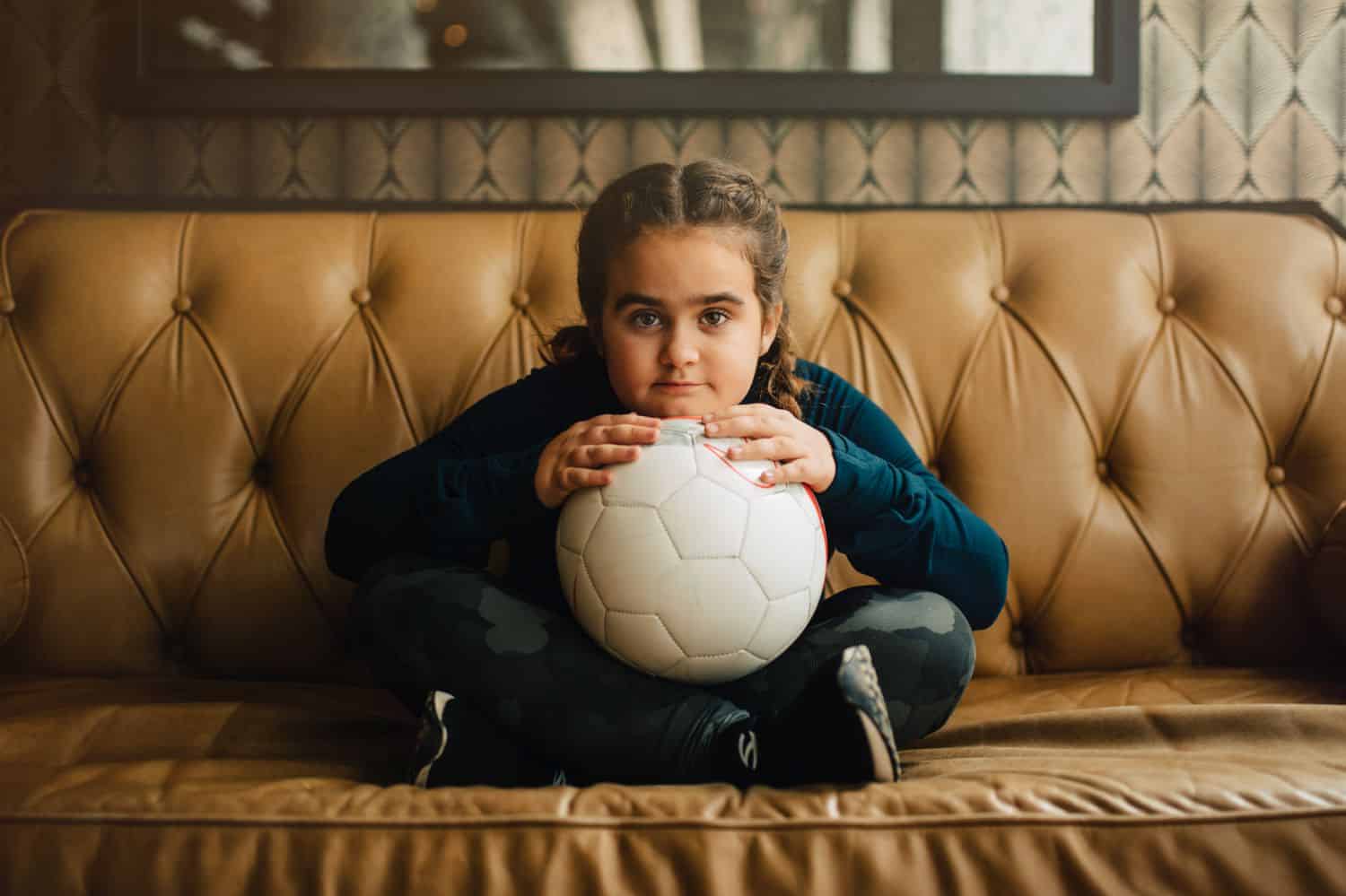 Kate was already working regularly as a commercial photographer, which involved frequent travel. Every time a new trip came up, she would put out a model call: “Looking for strong girls in L.A.” or Chicago or New York or wherever she happened to be. “I would tack on an extra day whenever I travelled and just photograph girls in that city.”

She contacted friends and nonprofits, asking after girls with interesting stories to tell, stories formed by heartache and joy and talent and community. “It was kind of like detective work,” Kate describes, “because I didn’t want to only reach the people who already followed me. I wanted to tell all kinds of stories – stories that would make it so much better and richer and more interesting.” 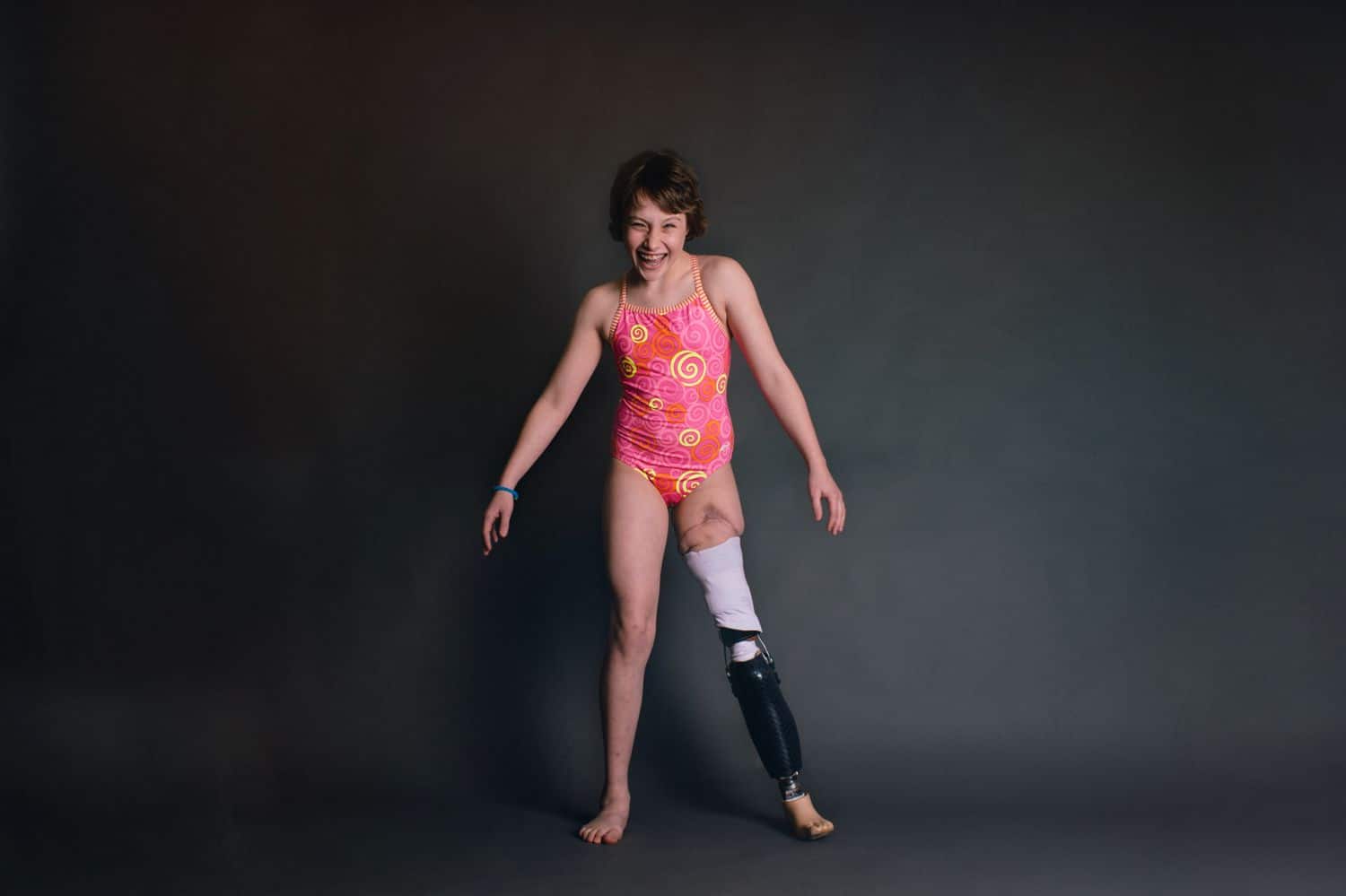 One of Kate’s strongest girl-subjects came from a contact she had at Children’s Hospital of Atlanta. Grace was young and vivacious and full of spunky courage. She also had osteosarcoma, a form of bone cancer.

“Grace had lost half of her leg in a rotationplasty,” Kate explains, “which is where they take your foot, flip it around, and bring it up to your knee so your ankle joint becomes your knee joint – only it’s backwards.”

Kate featured Grace in Strong is the New Pretty, and again in a series of photographs she made for Lululemon, then for Disney. “The day I photographed Grace for Disney,” Kate says, “she found out her cancer had come back, and it was in her lungs. But even with that, Grace couldn’t be stopped. Before her rotationplasty she’d been a runner; afterward she became a swimmer. And when the cancer reached her lungs, she just kept swimming – faster and faster and faster. She would swim a lap then have to get hooked up to oxygen, but her swim times kept getting faster. She never gave up.” 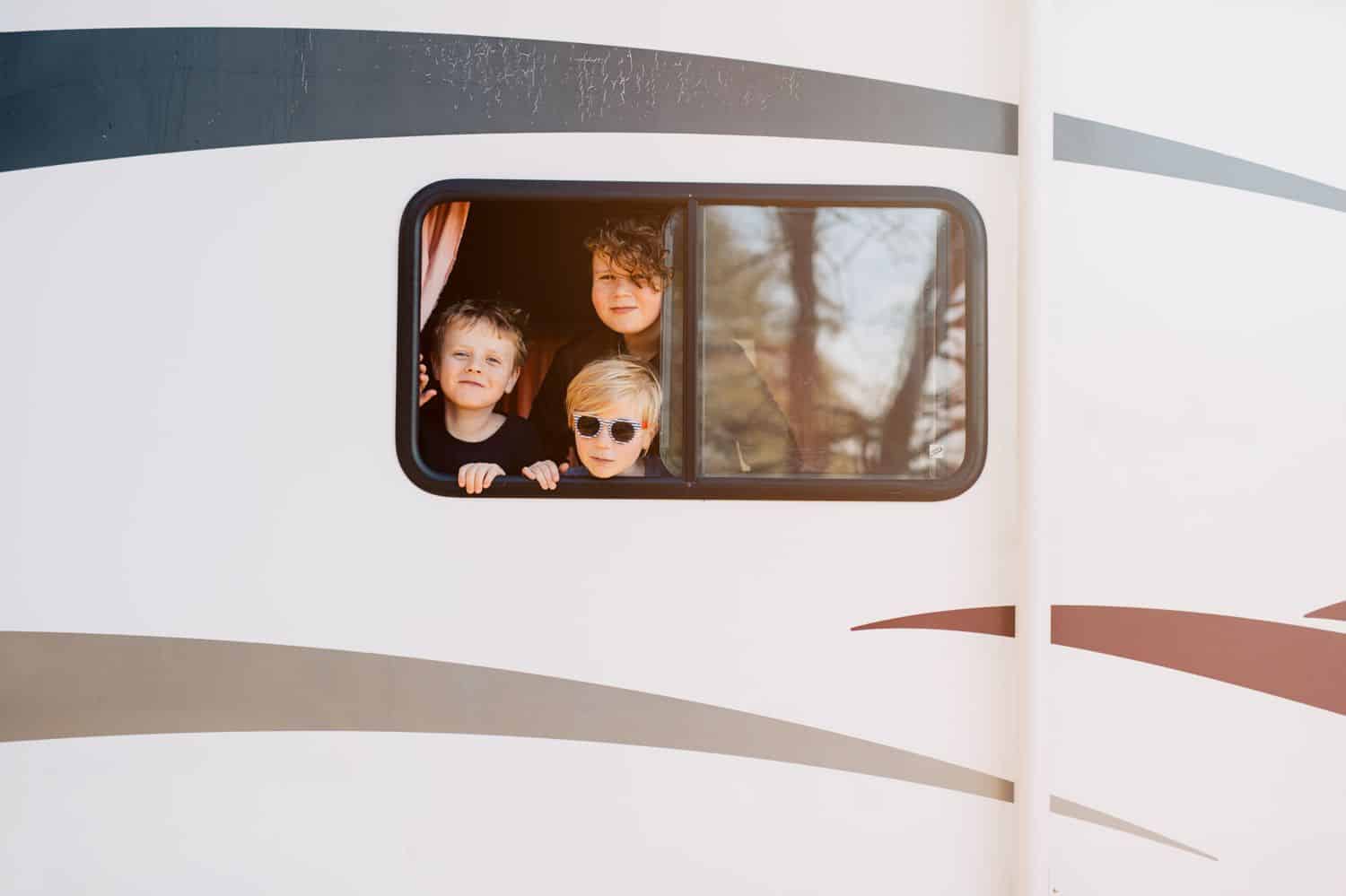 “The Heart of a Boy”

Stories like Grace’s were inspiring people around the world, so Kate’s publisher encouraged her to create a new series: this time featuring boys.

“I did NOT want to do it,” Kate laughs. “Boys – in my head, they were fine. Girls were the ones who needed me. But then my publisher said, ‘If you don’t want to do it, maybe someone else could,’ and I said, ‘No, no, no. Hold on. Give me a month, and I’ll do some test shoots.’ And as soon as I started doing those test shoots, I was floored by the variety and depth of emotion and feelings and vulnerability that these boys were willing to share with me – just in photographing them doing the things that they loved.” 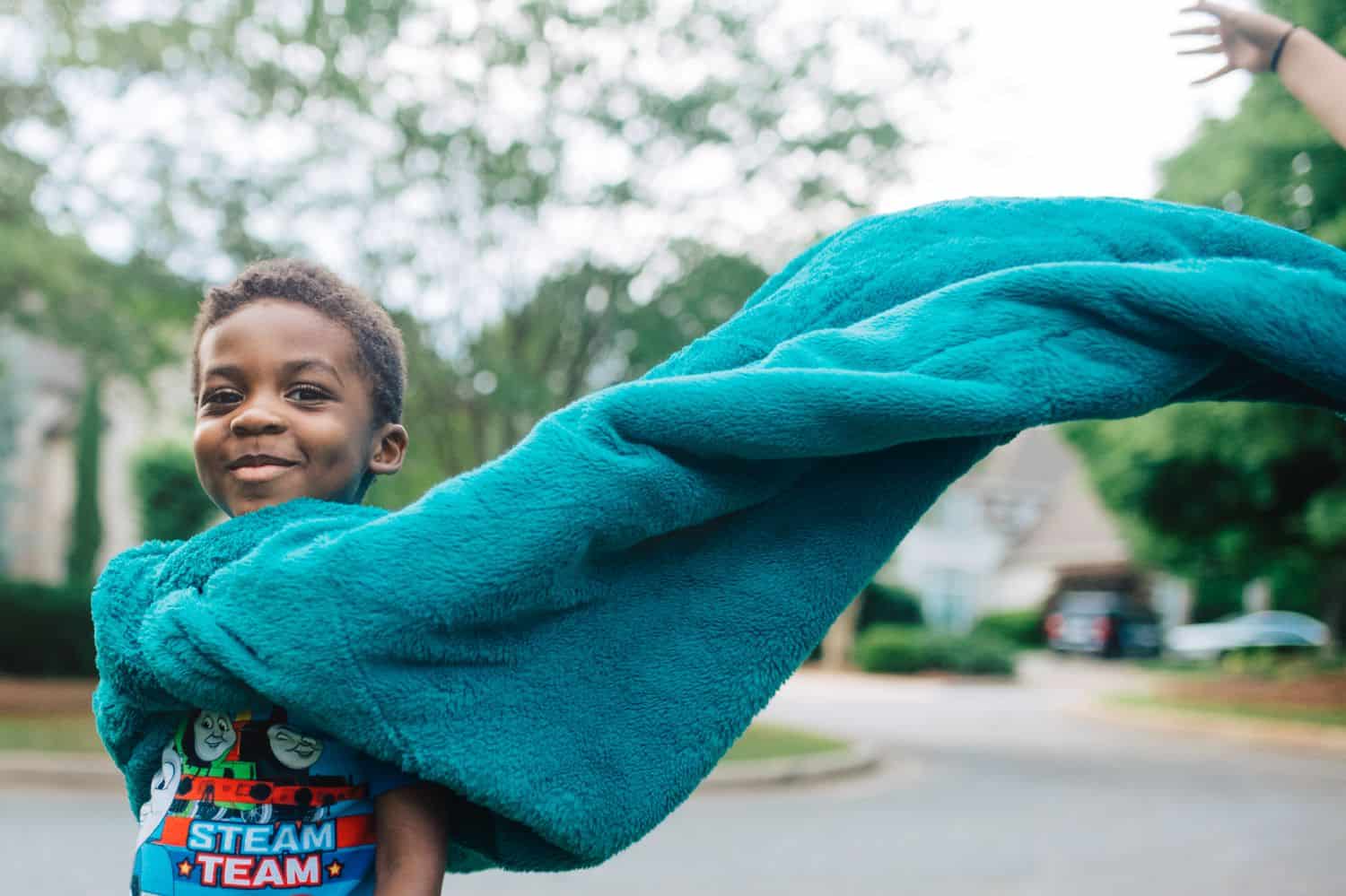 And so, in 2019, Kate published The Heart of a Boy, her third book, and one more layer of honest beauty in a culture brimming with pressure to be anything but authentic.

“I photographed an entire family, three boys and their mom, for The Heart of a Boy. They were traveling the whole country in their Winnebago, and all of them are deaf,” Kate pauses, and I can practically see her with her camera, crouched in the narrow hallway of a home on wheels. “I could never have imagined that story,” she shrugs, “but it made the whole book so much better.” 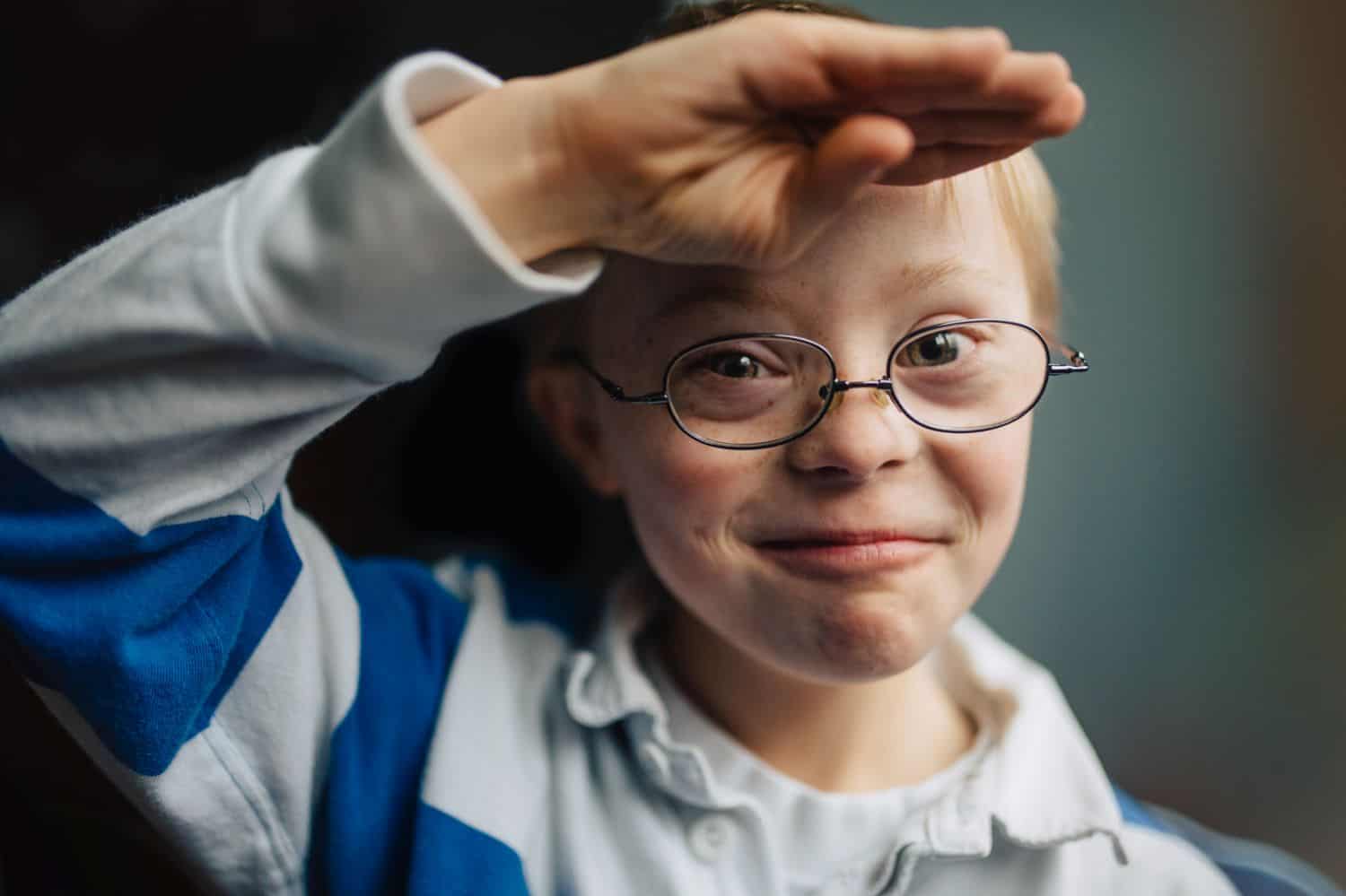 The Family You Find

We’re all born into a family. Some a wonderful; some are terrible; most are in-between, see-sawing into a balance of good days and bad, messy days and moments of bliss.

Through years of shutter-clicks and book contracts, Kate’s family has evolved into a beautiful mish-mosh of blood-relatives and found family – people whose stories she’s told, whose faces she’s photographed. On her morning run, when she’s at the grocery store, and even when she’s shooting other jobs, Kate invariably encounters humans of every age who’ve stood in front of her lens.

“I don’t know that they always know me,” Kate shrugs, “but when you photograph someone and edit their pictures, you really get to know their face. And now I feel like everywhere I go, there’s always somebody who is part of my story in some way.”

She pauses for a moment, and her head tilts toward the huge portrait of Grace that hangs on her wall; Grace in a tiara; Grace undaunted. 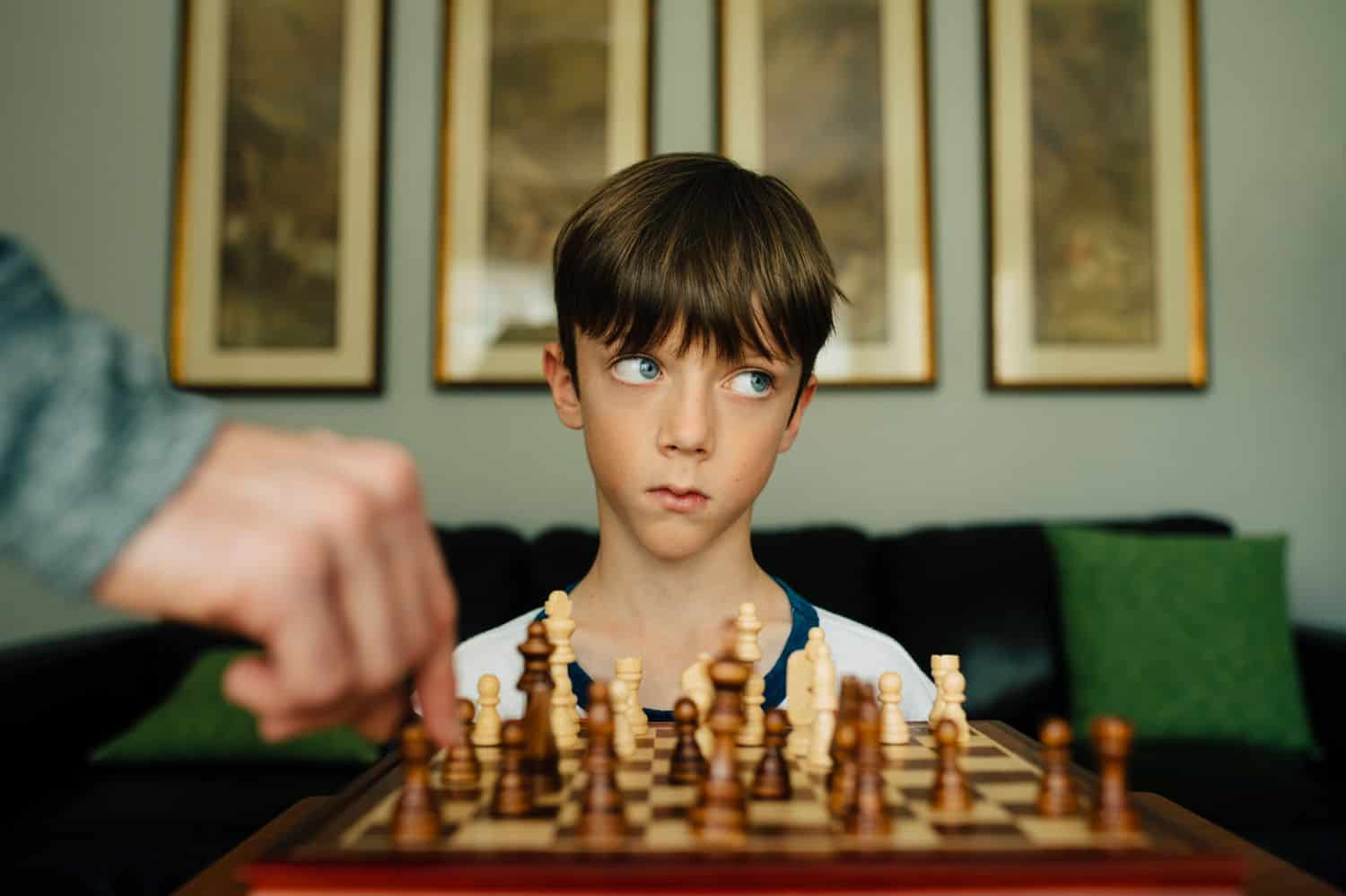 This is when Kate tells me that cancer took Grace’s life two years ago: despite her strength, despite her family’s love and support, despite the best that modern medicine had to offer.

“But her courage…” Kate and I are both teary-eyed now. “Grace is the strongest person I’ve ever met. It’s almost like this touchstone, kind of like, what would Grace do?”

We’re both quiet for a moment.

“It’s exactly the same message,” says Kate. “No matter who I’m photographing, or if they’re boys or girls. It’s about celebrating our kids for who they are. I just pass along their greatness.”